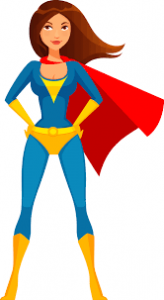 I was required in person to attend an office and take part in a role play situation. The purpose of this was to gather

There were two as yet unassigned roles, the victim, a whiny person with a gripe about a garden fence and the perpetrator of the crime, who in fact turns out to be a bit of a latter day female Braveheart (you can takes our lives but you'll never take our gate!) When I arrived at the office there were real proper uniformed persons of the tall and dishy variety. I was taken into a room to meet the actor who was to play my nemisis along with the client and the director who was looking overly nervous and desperate to return to the Metropolis. It turned out it was the second half of that word that was perturbing him more that anything. The world suddenly slowed down as the other voicer turned, swishing her perfect blonde locks and flashing the flashiest of smiles, there she was the most glamorous....... of moaniest of moany actors. I once did a show with her and she wasn't keen on playing a sword fighting frog for some odd reason.

Honestly years of training I won the Dame Judy Dench cup for amazing characterisation with the Reekin' Travellers Youth Players. A Frog? Me? A Frog? Do I look like a frog?

So then she accused me of deliberately stabbing her with a wooden sword during the final Frog Fighting scene. I was found not guilty and from then on I was arch enemy, she was counting her peppermint teabags at the digs and snorting Rescue Remedy whenever I came near to calm her nerves.

On this meeting her greeting went like this - (massive breath like one you'd do before you say 10.10millionpercentaprvariabletermsandconditionsapply)

Uniformed person: Can I get anyone a coffee?

Director: No! You're supposed to be a detective can't you detect an atmosphere? We need to do this thang and get outta here! This could blow!


Director (to client in charge) : So any thoughts on casting?

The frog speaks up

Well I just thought it was pretty obvious that I would play the part of the wronged neighbour. Young mum, late twenties

Client : Yes I think so too, you're right for that, you do quite a good complaining voice – and no offence but you actually sound chubby! Is that rude? It isn't meant to be! Your character is hilarious to look at!

I knew I'd get my day in court!